Innovations, high-quality products and outstanding service – Windmöller stands for progress. A global presence in over 70 countries. Constantly striving to improve. This is why we made a conscious decision to locate our production facilities in Germany for generations and take our responsibility as a significant, local employer seriously.

As Executive Partner, responsible for the following areas of the business:

We make the world a simpler and better place to live with healthy and sustainable soil solutions.

HONESTY
For us, honesty means dealing with people in an open, genuine and fair manner and forms the basis of our mutual, trust-based togetherness.

APPRECIATION
Dealing with people with respect, approval and empathy, and at the same level is important to us! That is what appreciation means to us. That is what creates motivation and enjoyment at work.

SENSE OF RESPONSIBILITY
We stand by what we do or say – with the utmost consistency and commitment. We are aware of our responsibility, learn from our mistakes, are attentive and take care of ourselves and our environment.

Windmöller is committed to transparent working methods and clear communication. The mission statement for leadership and cooperation was, therefore, developed to provide a platform for these values and the company’s corporate principles.

WE LIVE AND BREATHE THE VALUES OF OUR FAMILY BUSINESS

WE TRUST AND SUPPORT EACH OTHER

WE ASSUME AND ASSIGN RESPONSIBILITY

WE GIVE EACH OTHER FEEDBACK AND COMMUNICATE OPENLY AND HONESTLY

WE ARE PASSIONATE AND ENTHUSIASTIC ABOUT OUR WORK

WE TRY OUT NEW THINGS, LEARN FROM OUR MISTAKES AND HELP EACH OTHER TO IMPROVE ALL THE TIME 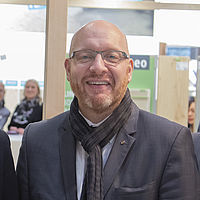 “The wineo brand from Windmöller – for me, that means generating value through innovation and sustainability as well as dealing with customer requirements and their markets in a dedicated and open way. Other companies put products and collections on the market – Windmöller develops and markets concepts and innovations with us that provide a clearly defined added value for ourcustomers.” 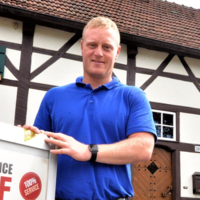 “Windmöller has been a reliable partner for us in terms of quality and service for 13 years now. They have always provided outstanding service, starting with Witex and now with wineo. We have developed an exceptionally good relationship over the years with several of the company’s employees.”

We have stood for innovative products since 1948. Our history has been shaped by courage, opportunities and the drive to take the next step. We are driven by ideas, technologies and chances – and the desire to surprise and inspire again and again.

Throughout all of this, the people, sense of cooperation, and the region in which we have our roots are always close to our heart. This solid foundation and the knowledge of our history help us shape our future – and we have been doing it now for 70 years!

In 1948, 36-year-old Albert Windmöller, a disabled war veteran, sets himself up as an independent supplier of sawn timber, plywood and veneers in Bad Oeynhausen. The established company is officially entered in the Bad Oeynhausen commercial register under the number HRA 248 in 1950.

Albert Windmöller marries Gerda Windmöller and they have two sons, Ulrich and Werner Windmöller, who were born in 1945 and 1950.

In 1960, the first warehouse is built in Bad Oeynhausen / Werste and woodworking machines are acquired. Windmöller specialises in supplying wooden materials to the furniture industry. Albert Windmöller quickly recognises the substantial need for cut boards within the furniture industry, works out how to manufacture these profitably and the business grows.

In 1978, the eldest son, Ulrich Windmöller, concentrates on the mechanical production of prefabricated furniture components and sets up Witex Kunststoffplatten GmbH on the Augustdorf site.

Windmöller develops the first laminate flooring using technology from the manufacture of furniture components. A milestone in the history of this family-run business! The demand for this new flooring grows rapidly and quickly establishes itself as the latest flooring on the market for modern interior design.

The first generation of laminate flooring

With the rapid growth of the business, Witex GmbH converts to a listed company in 1995.

Witex AG employs 400 people in 2001, produces a company turnover of €230 million and has built up a global production capacity of approximately 35 million square metres.

The new flooring category, “Laminate flooring”, is established worldwide – the market is booming and is enjoying substantial end user demand.

The only criticism of this “new flooring” is the noise produced when walked on. The so-called “sound of marching feet” prompted Windmöller to develop the first acoustic mat for footfall and walking sound optimisation. This is developed and manufactured by the subsidiary company Witex Polymer Technology GmbH in Detmold (founded in January 2001).

The mat, which is available as a loose pad, as a roll or as a laminated underlay is presented for the first time in 2001 at the international trade fair Domotex.

In the years that follow, WPT becomes the market leader for acoustic mats in the B2B sector.

All company shares in Witex are taken over by Ulrich Windmöller and the company name is changed to Windmöller Polymer Technology GmbH.

Presentation of the first generation of PURLINE at Domotex in Hanover

In 2007, Matthias Windmöller founds Windmöller Flooring GmbH at the Detmold site. He imports and sells the successful LVT flooring (Luxury Vinyl Tiles) and initially markets them through trade sales channels in Germany, Austria and Switzerland as design flooring.

Another milestone in the company’s history!

Windmöller presents a click-fit version of the successful LVT product (Luxury Vinyl Tiles) for the first time. This technology makes the product, which was previously glued to the substrate, much more user-friendly.

The market launch of the first collections, “Bacana” and “Laguna”, is a great success.

The affiliated and service company Windmöller Holding GmbH is founded as the company continues to grow.

Logo of the Windmöller Holding company.

Christmas 2011: After an absence of 10 years, the Windmöllers take over Witex and concentrate their flooring expertise at the Augustdorf site.

WPT GmbH in Detmold continues to grow and extends its production capacity for acoustic mats to over 20 million square metres.

Presentation and market launch of the second generation of PURLINE at Domotex in Hanover. At the same time, Windmöller is building its commercial sales business.

Launch of the wineo umbrella brand for international trade.

wineo is a young brand, yet it stands for decades of experience and competence with the Windmöller family business standing behind it. The brand’s core values are vitality, quality, inspiration and clarity!

Windmöller is chosen by markt & wirtschaft magazine as one of the top 15 most innovative SMEs in Germany. We are proud of our 14th place!

On the 26th June Windmöller Holding GmbH is recognised as one of the most innovative German SME business at the German SME summit in Essen. Top 100 mentor Ranga Yogeshwar praises the Augustdorf-based business with the Top 100 seal of approval which has been awarded for the past 20 years.

On 8 January, Ulrich Windmöller will receive the lifetime achievement prize at the Heimtex Star 2019 awards ceremony at the Heimtex Messe in Frankfurt.

Ulrich Windmöller at the award ceremony